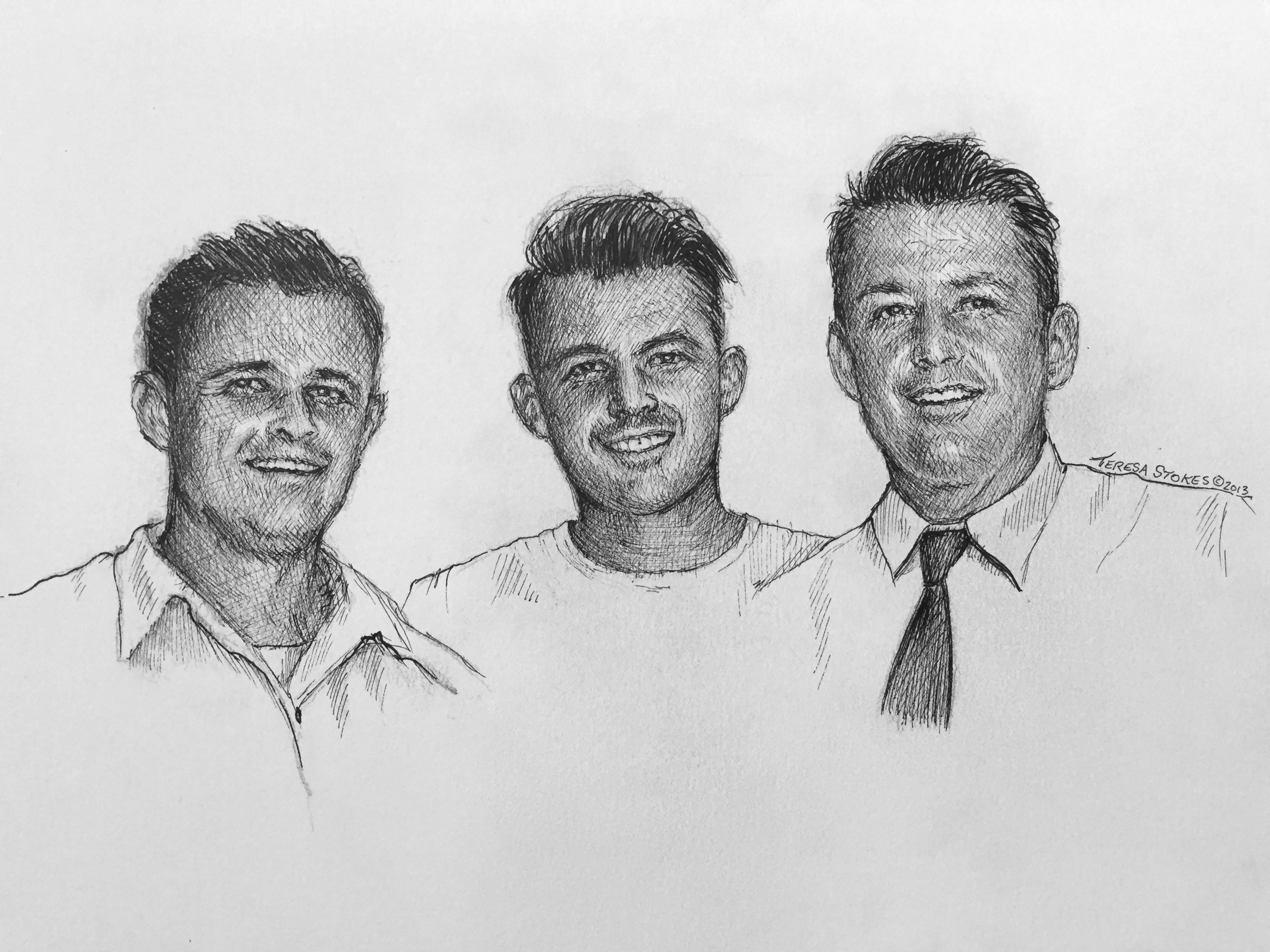 Henry Grady Thrasher (known as Grady,) was born in 1917. He served as flight instructor for the Army Air Corps during World War II, teaching hundreds of new cadets their primary flight skills.

Returning home to Athens, Georgia in 1945, Grady chose to make a living as a pilot in northeast Georgia. Using $600 in savings and a modest bank loan, he purchased a war-surplus J-3 Piper Cub, a Waco biplane trainer, and ordered a new 1946 Ford two-door sedan, which was delivered in late 1945. He also taught his two younger brothers – Richard (“Bud”) and Tunis, home from service in the Navy.

Determined to stimulate interest in private aviation, Grady began performing stunts in his airplanes to attract people, first at the Athens airport, then at the nearby Elberton, GA airport (a grass field with a 2000 foot dirt runway) that had been abandoned during the war.

In late 1945 Grady was invited to perform at an air show being organized in Anderson, SC. For that event he designed and built the “World’s Smallest Airport” an eight-by-twenty-foot platform on top of the new 1946 Ford (which also served as the grady’s family car). In two weeks, with Tunis driving the car on the short, rolling field in Elberton, Grady perfected the art of making full stop landings of the Cub on the “World’s Smallest Airport.” Then, after repositioning and getting the car back up to speed, Grady would take off. The Thrasher Brothers Aerial Circus had been born.

From December 1945 to November 1950 Grady performed successfully in a total of 378 air shows, from Houston, TX in the west to Erie, PA in the north, to Miami, FL. Most of these shows were organized and promoted by Grady. The Gradys also performed in combined air shows with such well-known pilots as Woody Edmundson, Bevo Howard, Betty Skelton and Ben F. Huntley. In 1948 the Thrasher Brothers Aerial Circus was featured in both the Cleveland Air Races and the Miami All-American Air Maneuvers.

Among the many acts developed for the aerial circus, Grady believed he had three firsts: (1) The full stop landing on and takeoff from “The World’s Smallest Airport;” (2) The “human pickup and return,” whereby Bud, riding atop the “World’s Smallest Airport” would grab a ladder hanging from the struts as Grady flew by in the Piper Cub, hang on as they circled the field, then drop back onto the moving platform; and (3) the world’s only (then or ever) Twin Ercoupe – two Ercoupes bolted together and flown by Grady from the left fuselage. He could loop and roll it and did so in 270 air shows, including the 1948 Cleveland Air Races.

Grady and his brothers created the Thrasher Brothers Aerial Circus to be a unique “spectator-friendly” event that could adapt to rural and small-town airports as well as big city venues. Using combinations of skill, courage, ingenuity and originality, Grady, with his brothers, were instrumental in bringing the wonders of exhibition flying to small town, as well as big city post-World War II America.