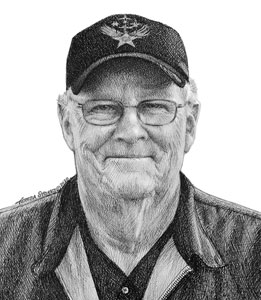 Ralph Royce has done more to improve air show safety and professionalism during the last four decades than any single person on the planet.

Week in and week out for nearly four decades, he has helped to define what it means to be an air boss. He created and refined best practices in virtually every area of air show air/ground operations, establishing the tactics, techniques and standards that are now commonly used throughout our air show community.

At every point in his air show career, Ralph has worked to help train and inform others in our industry.  He has been an instructor and mentor for 30 years, helping newcomers operate safely, efficiently and productively. Three decades ago, he helped create the introductory air show operations workshop that has now helped to train more than 3,000 people. Twenty years ago, he helped ICAS and the U.S. Air Force establish the Air Force Open House Workshop. He remains on the faculty for both programs.

From Bob Hoover, Paul Poberezny and Art Scholl to Duane Cole, Charlie Hillard, and Leo Loudenslager, the Hall of Fame is comprised of the men and women whose contributions who helped to make the air show business what it is today. And Ralph Royce helps make this group of air show legends even more respected and prestigious.