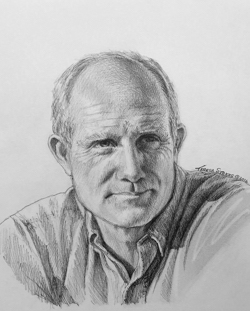 During a flying career that spanned 40 years, Greg Poe discovered early on that he enjoyed exploring the third dimension of flight. The ink on his first pilot certificate was still not dry when his flight instructor introduced him to aerobatics and it was love at first sight. By 1974, he was flying at country air shows in Citabrias and Decathlons. He transitioned to the Pitts Special when he started entering aerobatic competitions a few years later.

But this natural showman was always destined to perform for an audience, whether it was air show spectators out at the airport on a Saturday afternoon or a national television audience while introducing the American public to the excitement and challenges of hard-core aerobatic flying. By the mid-nineties, he was a full-time air show pilot and had developed a national reputation as an air show professional: entertaining, safe, exciting and reliable.

It was when he put his passion for air shows together with his passion for motivating children that Greg realized his full potential, not just as a performer, but as a human being. He used his “Elevate Your Life” program as a way to reach grade school- and middle school-aged children. In eight years, he spoke to more than 50,000 kids and gave hundreds of incentive rides. And, although Greg passed away from a heart attack in 2011, his “Elevate Your Life” program lives on and continues to use Greg’s life and aviation career as a source of motivation and inspiration for thousands of children every year.