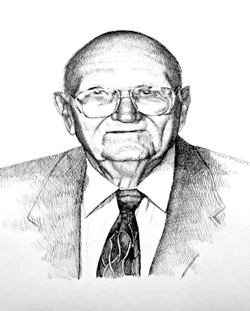 Curtis Pitts’ pioneering efforts to design the Pitts Special, fine-tune it and make it widely available have had a more significant impact on air shows today than the flying accomplishments of any half dozen air show performers put together.

From the first prototype to the hundreds of Pitts Specials that have performed at air shows over the last half century to the design ideas taken from the Pitts Special and integrated into today’s high-performance monoplanes, much of what air show flying is all about today can be traced back to the Pitts Special.

The face of aerobatic flying changed forever in 1945 when Curtis Pitts built the first aircraft specifically designed for aerobatics, the Pitts Special S-1. Pitts envisioned an aircraft that could flout gravity and respond crisply on its controls, a smaller aircraft than the war-era biplanes that could climb, roll, and maneuver swiftly. Pitts abandoned the concept of a large radial engine and designed a swept-wing aircraft powered by a smaller, lighter, horizontally-opposed engine with a center of gravity that allowed for tight snap rolls. The resulting Pitts line of aerobatic aircraft small (with only a 17-foot (5-meter) wingspan), lightweight, and extremely agile with a high power-to-weight ratio soon dominated aerobatic competitions.

In 1990, a group of aerobatic pilots from all over the world gathered in Florida to help Curtis Pitts celebrate his birthday. Here’s what they had to say about his contribution to aerobatics:

Curtis didn’t invent aerobatics. He didn’t invent biplanes. He didn’t invent the concept of small planes with big engines. He did, however, re-invent all of those factors and mold them into the image we now know as modern aerobatics. He and his little airplanes completely rewrote the aerobatic history books and opened the world of serious aerobatics and pure high performance to the masses. As a result of his efforts, an individual with dedication and a yearning for the third dimension could take a roll of drawings and convert them into a rag and tube ball of lightning that would never fail to take their breath away.

There’s a sticker that you’ll often see on the flight bags and airplanes of aerobatic pilots that says, “A Pitts is something special.” And that doesn’t just refer to the airplane.

Curtis Pitts left perhaps the biggest mark on aerobatics and air shows with his innovative airplane designs. He died at his home in Homestead, Florida in June 2005.