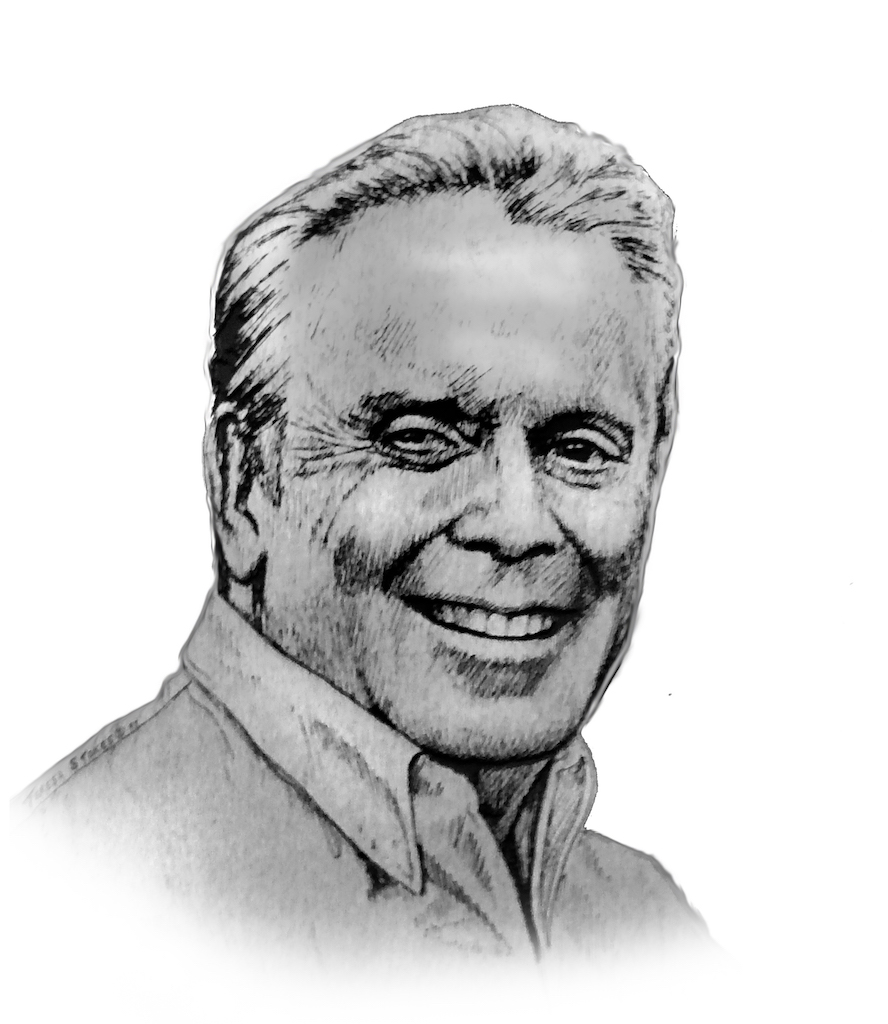 Aerobatic Flying’s Renaissance Man” The Early Years Having lost his father at an early age, Bill Barber, unlike most other kids of the time, grew up with a working mother. She operated the sundry store of a large, grand downtown hotel. Those were the days when large downtown hotels, with their massive lobbies, gleaming chandeliers and grand ballrooms, were the focal point of business meetings, business travel and a gathering spot for locals to meet and be entertained live by well-known recording stars. So, Bill became accustomed to and influenced by the exciting world of entertainment and show business at an early age.

The time of Bill’s youth was also the golden age of barnstorming and speed kings. Newspaper headlines contained the names of these national heroes on a daily basis, and hero pilots shared public popularity with leading motion picture stars. With his mother’s permission, Bill would take the streetcar and ride to what is now the Minneapolis/St. Paul International Airport. Angelo DePonti ran a fixed base operation there that was the focal point of all things aviation in Minneapolis. There, Bill was exposed to not only aviation in general, but to exhibition flying and air racing. Bill met many of those heroes and they influenced his already-present desire to become an entertainer. Amongst the group of the best air show pilots of the era was the teenager Bill Barber – watching, imprinting every colorful detail about the execution of the latest maneuver into his brain cells. Years later, with fantastic recall, he would entertain all who were smart enough to listen with stories of this era. Bill Barber now had two loves – show business and aviation.

For Bill, building flight hours and income involved doing everything possible with single engine airplanes. If a dollar was to be made, Bill was doing it – instructing, cropdusting, flying charter and powerline and pipeline patrol. His plan was to get hired by a major airline. This, he knew from his mentors, was the career move that would provide a steady paycheck and a schedule that would give him sufficient time to satisfy his need to entertain.

The Airshow Years Like many of the airshow flyers of that era, Bill experimented by modifying existing trainers and sport planes, giving them the show business treatment with flashy paint, wheel pants, speed cowling and often a smoke system. Bill always purchased air show planes based on the design, not the airplane itself. The airplane had to have “the look” — the long-in-front, short-in-back look typical of Italian racing cars and along the lines of racing airplanes such as the Gee Bee. With certain cosmetic modifications, Bill could coax that look from a biplane as well as a monoplane.

Bill Barber developed a large collection of aircraft. Where most pilots would upgrade their air show mount and sell the previous one, Bill had such affection for his aircraft that he kept them. Many were stabled in his fleet of working air show machines – from an 85 HP Clipped Wing Cub and a Curtiss Falcon to a Bücker Jungman, a Pitts Special S1S and a 450 HP Super Stearman.

There were occasions where Bill flew four of his airplanes at the same show, shifting gears and techniques to accommodate the best features of each aircraft and still maintaining a commitment to safety. The distinctly different power-to-weight ratios and flight characteristics of each aircraft made this a rare talent — and it is still rare today.

Further, Bill performed many different acts in his Clipped Wing Cub alone, including skywriting, a deadstick routine, a comedy act, a rope ladder pickup, and a car-top landing. He also performed team aerobatics and a wingwalking routine. He once performed 14 different air show acts during a two-day show near Chicago. This uncommon ability prompted one aviation writer to dub him “Aerobatic Flying’s Renaissance Man” and another, “The One-Man Air Show.”

The Man A great source of pride for Bill was being asked to accept responsibility for the position of Captain of the United States Aerobatic Team in 1962. This was at a time when only air show pilots would earn a place on the U.S. Team. Bill’s flying reputation, professional bearing, diplomatic presence and his command of the English language, as well as the respect of the whole team, made him a natural for the position. Bill accepted this position at great financila sacrifice. Many years later, lettered on most of his air show aircraft below his name, was: Captain, USA Aerobatic Team – Budapest, Hungary.

If you were to quiz those people who spent time with Bill Barber, they would be in agreement about certain traits. Prominent in his personality was his wit – a light-hearted, humorous approach to life. If you questioned Bill about a subject, especially flying, you would be entertained with an hour of answers in every minute detail. His fantastic recall was amazing. He was a storyteller, he was show business and publicity, he was clever and possessed fine technique and lots of flair… but most of all, he was colorful and fun.

Bill Barber also had the trait of being intensely and genuinely interested in what another human being had accomplished, recounting well-remembered details of what you yourself did or knew. In this human being you saw a rare combination of not only being able to speak well, but to listen well.

The Legacy Bill Barber was very much at home in every aircraft he flew. And he was as much at home on the air show microphone as he was in the cockpit. He was a “giver.” He was so confident in his own talent that he wasn’t afraid to tell you all he knew about air show flying. He would say, “Now that you have that information, take my airplane and go out and practice what I just told you.” This man blended his generosity with a keen sense of humor and a great sense of air show and aviation history. He used to say, “If I am to be remembered, I want to be remembered as a stick-and-rudder guy!”

Bill Barber flew two significant performances in the last year of his life. His last paying air show was at his home base in Ann Arbor, Michigan. His last public performance was at the 1987 EAA Convention and Air Show at Oshkosh. On October 10, 1987, Barber died of cancer at home, surrounded by his family and friends. In his memory, Dave Weiman, editor and publisher of World Airshow News, originated the Bill Barber Award for Showmanship, which is presented each year to an outstanding performer in the air show industry.