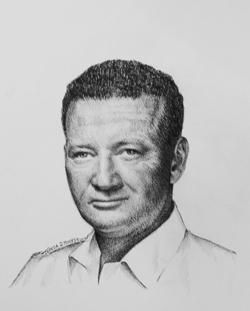 Bill Adams possessed a unique confluence of talents that helped him to become the country’s top air show performer throughout much of the 1950s and 1960s. He had the swagger and flair of a natural-born showman, effortless and engaging charm, superior airmanship, and an inherent ability to generate abundant and positive media coverage? During his fifteen-year air show career, Adams also helped to professionalize our business. He was among the first to land a national sponsor and he flew to each air show site with multiple aircraft and a full team of support professionals. A thoughtful and astute businessman, he espoused a philosophy that allowed performers to both pursue their passion for air show flying and make a decent living at it.